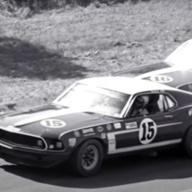 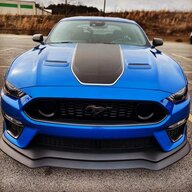 I don't think I'd heard that comment about a competitor being at 485 and they don't like being second.

It is very odd. Not sure I trust Ford Authority with this one.

So Ford authority is right, just with a correction factor 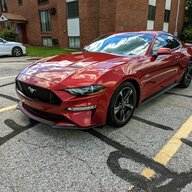 If what he says is true then the gt is just a detuned dark horse? And even then maybe not even that detuned if he wants to beat 485. 490 hp gt and 500 hp dark horse maybe?

The Ford Authority article makes even less sense if the only difference in engines is the connecting rods. 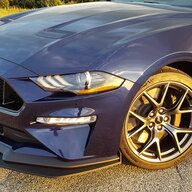 Here’s How Much Horsepower The 2024 Ford Mustang GT Will Make: Exclusive
By Brett Foote

The all-new, next-generation S650 2024 Ford Mustang was revealed back in September following years of anticipation, and while it looks a lot like the outgoing, S550 model, the newest pony car is a totally new machine in many ways. That includes its engine lineup, which consists of the carryover turbocharged Ford 2.3L I-4 EcoBoost and naturally-aspirated Ford 5.0L V8 Coyote powerplants, though each has received a host of revisions. However, sources familiar with the matter have told Ford Authority that the 2024 Ford Mustang GT will produce 450 horsepower – the same exact figure as the current-gen V8-powered model.

This rating applies only to the 2024 Ford Mustang GT – not the new Dark Horse variant, which is targeting an output of 500 horsepower and sounds pretty amazing. Regardless, it’s still a letdown for fans of the pony car, who were undoubtedly hoping to see at least a modest boost in power for the next-generation model. Regardless, even though it may not offer any more in terms of horsepower than the outgoing model, it is worth appreciating the fact that the 2024 Ford Mustang still exists in its current form – which wouldn’t be possible without the presence of the Ford Mustang Mach-E, according to Blue Oval CEO Jim Farley.

The 2024 Mustang GT features the fourth-generation version of the Coyote powerplant, which utilizes dual throttle bodies and a dual air intake box. It can be mated to a six-speed manual transmission – which the EcoBoost Mustang is no longer available with – or the 10-speed automatic gearbox.

The all-new 2024 Ford Mustang is scheduled to launch in the summer of 2023, and will continue to be produced at the Flat Rock Assembly plant in Michigan.

We’ll have more on the 2024 Mustang soon, so be sure and subscribe to Ford Authority for more Ford Mustang news and non-stop Ford news coverage. 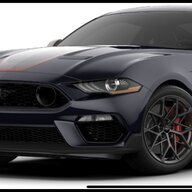 I call horseshit on this article.

I just rewatched this at home. Actually a Good look at vapor blue in the background lol. I don’t think I even paid much attention to it watching live. 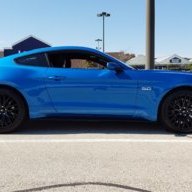 On one hand, I can believe it. On the other, it seems really hard to swallow that ford would invest any R&D into the new intake set up, cams... anything. Only for them to achieve LESS power than the outgoing gen 3 (excluding the 10 hp drop for the new charcoal filter).
You must log in or register to reply here.
Share:
Facebook Twitter Reddit WhatsApp Email Link