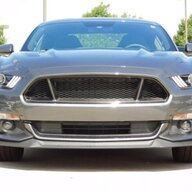 This I just found! Ford was or is still developing TWO hybrid powertrains for the S650! 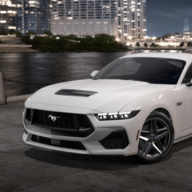 Another great find, thank you!

It does make sense and maybe there won't be another non hybrid l4. I'm looking forward to the v8 hybrid.


But anyhow, finally some great news

It depends if they refresh S650 after just 3 years like they did S550 (which actually seemed an odd way of doing it to me, as you'd expect the all new car to last more like 4 or 5 years before a refresh.....but Ford must have had their reasons......likely they planned (and cancelled) a '21MY second refresh).

This was how the 8 year model cycle was reported by a number of outlets back in August 2020:
https://www.roadandtrack.com/new-cars/future-cars/a33621861/when-is-the-new-mustang-coming-out/

If I recall correctly, this was based on information sent to Ford suppliers indicating how many S650 then anticipated selling throughout the 8 year lifecycle.

A hybrid launching in 2025 as a '26MY would fit with Ford of Europe's stance that they will only sell EVs or hybrids from 2025.

Are we talking about a mild hybrid or a plug-in? And, will a hybrid include AWD?

The only clue we have is this design Ford patented a couple of years back. We assume it's electric assist to the front wheels. the longer Ford delays the better (and cheaper) battery packs become. Also they are probably hedging their bets on this whole EV nonsense to see if it'll blow over. Is there even demand for a hybrid Mustang? In what markets? Are the markets big enough to give a damn?

About one third of Mustang sales are outside of the US now so, yes, there will be a market for a hybrid Mustang. And those markets will require at least a hybrid in the next 5-10 years maximum.

Autoblog have picked up on this

Twin Turbo said:
Autoblog have picked up on this

I'm glad they referred to this forum. Many would've just quoted LinkedIn and would've called it their source...
OP
OP

Wow Jarstang, thanks LOL. I keep trying to find whatever I can on this, as I want to see the next chapter in the V8 Mustang.

Ford promised a new Mustang sooner and because of Hackett, we had to wait a bit longer. Now that we're getting closer, I am curious as to what I should expect ultimately.

My issue here is, a lot of Ford people listing any work related to S650 have date cutoffs on their resume timelines mostly ending in 2020 or early 2021, showing nothing ongoing, specifically related to S650 right now.

Those who do have active, are very clever by being ambiguous or quickly omit it from publication. In most cases, I guess I often am too late and they've already scrubbed any references to S650.

In this case, thankfully I wasn't.

Advanced Engineering divisions tend to be those who work on concepts and not so much stuff intended for production model programs. Such as the 8th generation Mustang right now as well and EV ideas being thrown around.

IceGamer said:
It does make sense and maybe there won't be another non hybrid l4. I'm looking forward to the v8 hybrid.


But anyhow, finally some great news
Click to expand...

I am praying these hybrids are for MY23, but looking at the timeline, could Ford have halted hybrid development for MY 2023 in November 2020?

They say S650 might end production in November 2028, so a refresh down the middle for 2026MY makes sense.

I am sure Ford revealed the 2023 to them and they're doing a great job of not talking too much, which sucks.


Twin Turbo said:
Autoblog have picked up on this

I love how they get their info from here, but other sites giving credit can be so hit or miss, where they act like they stumbled upon it themselves.

As you know, I post on BOFs, where I am somewhat turning into a pariah, for being a little too objective.

Had to let them know, it came from none other than me. Maybe I should make mention of M7G as well.


IceGamer said:
They called him "eagled-eyed member"
I think it's time for a new nickname @amk91

I'm glad they referred to this forum. Many would've just quoted LinkedIn and would've called it their source...
Click to expand...

Exactly, as that is what happened with some past stuff I put on here. They take it and claim they found it via LinkedIn. Ford Authority did just that recently, with this new info by saying "other sites". But I'll cut them some slack, as this forum is leading the front on S650 coverage. Good that Autoblog did it justice.

Just sucks that we have to figure it all out by ourselves, unlike with S550, where everyone was chipping in everywhere back in 2012-13. Sad how we don't have chazcron with CADs or etc. I wish I had taken a screen capture of that WhatsApp video call from last year.

The media aren't doing their part, to catch Ford off guard and report on it.
OP
OP

And of course stupid CarBuzz, one of the dumbest and most unoriginal sites ever. No mention of M7G. 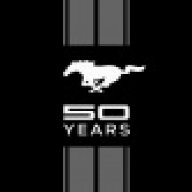 I really do hope these hybrids are for MY23…. Would make sense to have the base engine be a hybrid 2.3 with a hybrid V8 and NA V8 option. MY25 could see the introduction of a plug in Hybrid AWD V8 (like a Shelby variant). With that, the rumor of a hybrid in 25 is still correct, just expanded to mean PHEV while mild hybrids are the base engine options from the beginning….
1970 Mustang
- 429 Big Block
- EFI distributorless ignition
- 4 Speed
3D Upgrades!

At least this one gives a hat-tip to M7G