If the S650 is a '24MY as expected, then the '23MY is likely to be a very short one. In case you missed this on M6G, here are the proposed dates for the '23MY. It also means the '22MY is truncated, as that kicked off production on January 3rd this year and will end in November.

There is clearly not enough time for retooling in November ...

If S650 is coming in March 2023 as a '24MY, then the '23MY really will be a short one. And I suspect that means no GT500 or Mach 1. And it wouldn't surprise me if there are effectively no other changes, including keeping the current colours.

There is clearly not enough time for retooling in November ...
Click to expand...

Where does it say that? 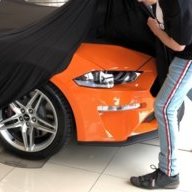 Would Ford really do a short model run at great expense in the middle of the Northern Hemisphere winter? How many people would buy a car in cold months, especially when an all new model is imminent?

Here in Australia the new 2023 Mustang Supercar race car is still being touted as being the S650 model. The racing season starts circa early March. The race car would have to be tested for aerodynamic parity on track and runway with the Camaro before Christmas to allow teams time to complete their cars to track test before the season starts, so that could be under threat.

This recently updated Steeda article says the S650 will be built in 2022 as a 2024 model. I hope that is correct as the alternative could shape up as a mild financial disaster for all concerned:
https://www.steeda.com/2023-s650-mustang
Enjoy photography? Proudly post your 6G Mustang Photograph of the Month in the thread at the top of the photograph thread here: https://www.mustang6g.com/forums/forums/s550-mustang-photos-videos-photoshops.63/
OP
OP

Here's a hyperthetical timeline that assumes S650 is a '24MY:

We'll only know for sure when the '23MY order guides come out, and that's usually 8-12 weeks before the start of production, so September time.

Although the above were GM vehicles, and with all that in mind, I would think anywhere as early as from January to March 2023 we could see the 2024 S650. I do suspect that 2023 might be amiss, and Ford goes right into the 2024 Model Year, there might be a shutdown of the factory for retooling as the 2024 will be more than likely offering a Hybrid, the front wheels being electric and the rear wheels gas. I was told that a 2021 F150 used upwards of 1200 chips, I suspect that they have redesigned the electronics to use fewer chips, instead of 1000, if Ford was smart they would cut that number in half and have one chip do more. Build up stock for the new Mustang and then have a big rollout. 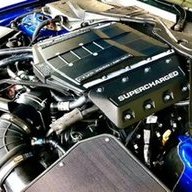